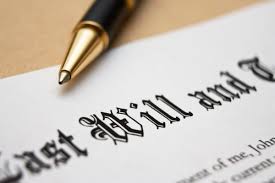 These days cell phones are used for more than just making and receiving phone calls. A cell phone can be used to maintain a personal calendar, track activity level, and according to one Michigan Court, even to make a will. In a recently published Michigan Court of Appeals opinion, the Court held that an electronic typed note on a cell phone constituted a valid will under Michigan law.  The decedent, prior to taking his own life, left a handwritten journal entry which provided instructions on how to find a note on his phone. This note only existed in electronic format and within the note the decedent provided for the distribution of his assets, among other things.

The court found that the note was neither a formal will nor a holographic will. Instead, it was determined that the proponent of the note established by clear and convincing evidence that the note was intended to be the decedent’s will. The contents of the note made it clear that it was intended to be read after the decedent’s death and it provided for the distribution of his assets, his wishes in regard to his funeral, and apologies for his suicide.

While the decedent’s wishes were ultimately followed in this case, the fact that the decedent did not follow the formalities for executing a will left the determination of how to distribute his assets up to the discretion of the Court. In the above described case, the decedent’s family incurred the time consuming and expensive process of probate litigation to determine if the note was in fact a valid will. The only way to ensure that your wishes are properly expressed and followed after your death is to satisfy the formalities for preparing and executing a valid will, as set forth in the Michigan statutes. An experienced estate planning attorney will be able to draft your estate plan in such a manner to meet the requirements of Michigan law.

If you need assistance drafting an estate plan that accurately reflects your wishes, contact Verity Law at 616-258-7240.